What’s holding back worldwide drone-usage from reaching its full potential?

In short, the inability of drone manufacturers to meet the regulators’ demand for safe drone flying. 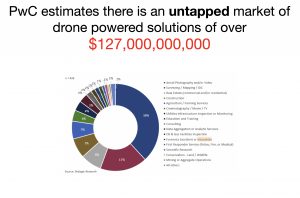 In May  2016, PwC has published, the report “Clarity from above”, an extensive study analyzing the possible usage of drones that can replace work done in all major fields of life currently done using other less efficient and more wasteful means. It was prepared by PwC’s Drone Powered Solutions (DPS) global center of excellence focusing on the commercial use of drone technology. The value of businesses and labor that may be replaced by drone powered solutions was estimated to $127bn globally.

It pointed out the drivers and barriers to drone powered solutions. It was of no surprise to SWYFT that the first driver mentioned by PwC’s study was the regulatory framework. “The regulatory aspect of commercial drone operations is currently one of the most important factors affecting the pace of drone-powered solutions’ adoption by businesses and government entities.” As the bodies in charge of public safety in aviation-matters, the regulators in each country had to ensure that public safety is kept by all means before drones are allowed to fly.

PwC researchers determined that the first and most important barrier is “Safety of drone operations”. This is directly related and represented by the main role and responsibility of the regulators to keep the public’s safety. 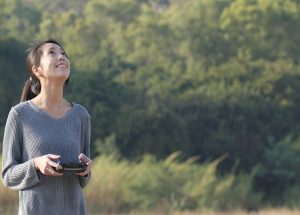 The report also lists the measures needed to be put in place to achieve the safety of drone operations. These include drone registration, air-traffic management systems, fail-safe systems, and obstacle-avoidance systems. However, one major measure is missing from the report, the human factor. When 95% of drones are manually operated by pilots remotely from the ground, the human factor is of vital importance. In fact, it is the main reason for regulators’ concerns. When pilots fly drones more than 30 meters away, they can’t see, hear, feel or sense any trouble coming. The regulators know this too, so they have placed many limitations which in turn stifle the market.

Now, 4 years after PwC’s report, the total spending on drone powered solutions still falls much shorter of its full potential. On Sept. 18, 2018, more than 2 years after PwC’s report, Inter Drone reported that according to Skylogic Research’s annual report “Drone Market Growth Incremental not Exponential”. In August 2019, a year after the SkyLogic Research report was published, Blumberg published an article with the headline “Drone Bubble Bursts…” According to the article, the main reason for the slow adoption of drones by the industries is the regulator. “Federal regulation of the aircraft has been slow to catch up, and is holding back many businesses from expanding.” 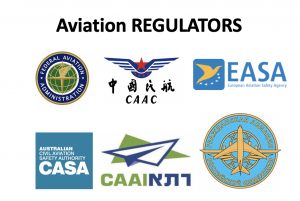 The conclusion is that it all boils down to one thing. REGULATION, Relax the regulation, and the market shall be able to open. In fact, the regulators invite technology companies to offer solutions to make drones flying safer. That shall enable them to open the market for more drone powered solutions. See our BLOG about the Hensel Phelps case and the article “FAA Grants Hensel Phelps Approval for Drone Operations Over People”

For the past years, drone manufacturers are trying to improve drone safety by introducing small changes to the drones themselves. Among these are sense & avoid measures which have proved useless except in emergencies when they warn the flier only in the last seconds of a nearing obstacle or danger. This may not only be insufficient to avoid crashing but also prevents the flier from planing a safe and efficient flight path.

However, SWYFT identified that the real problems of flying drones lie with the flyers and not with the drones. After doing extensive research into the interaction between pilot and drone we found what’s broken, and it can be summarized in a few words: LACK OF SITUATIONAL AWARENESS. (click here to read more about it)