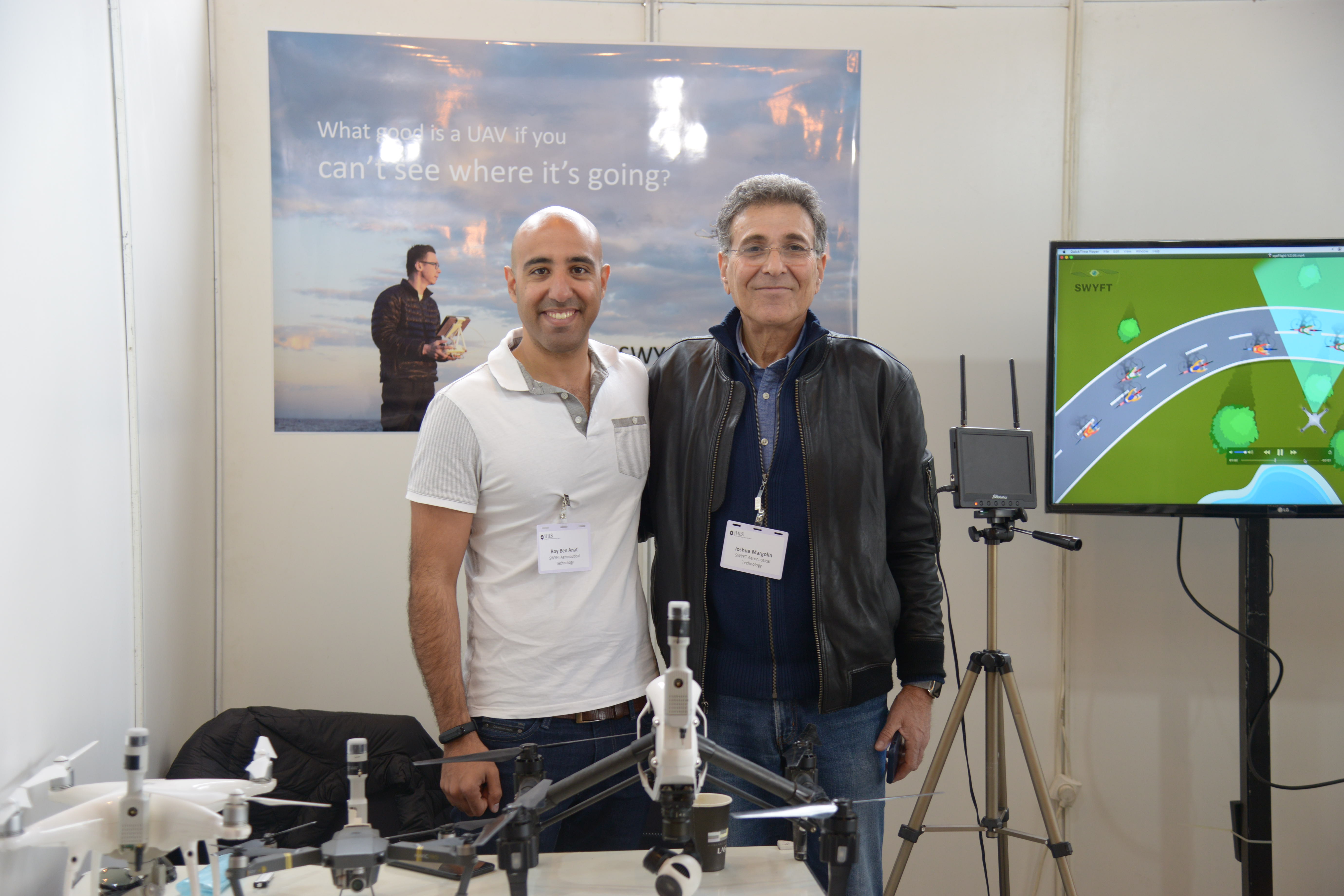 Read the latest article published by ISRAEL DEFENCE about SWYFT

Drone operators to receive Eyes in the cockpit of the Drone

One of the problems that prevent unleashing the drone commercial potential is the damage that can be caused by flying without eye contact between the operator and the unmanned vehicle. An Israeli startup claims it has the technology to solve the regulatory barrier.

At the end of September, a historic event took place in the UAV world. The UPS freight company announced that the FAA, the United States Federal Aviation Administration, had licensed to operate a UAV fleet for shipping. Standard certification gives UPS permission to use unmanned aerial vehicles for sight-crossing (BLVOS) operations for any 55-pound (about 25kg) charge even at night.

The first shipment-flight was made on Sept. 27 for transporting medical baggage to the campus of WakeMed Hospital in Raleigh, North Carolina. Delivery was also the first UPS to earn revenue from, which started a new era in the way we expect shipments. But with all due respect to this little history, the road to a sky full of unmanned vehicles that will bring us our packages is still long – mainly because regulation is causing delays in the field.

One of the factors that impede development is actually the problem that drones, which are operated by flyers from the ground who lack eyes on the drone, can cause accidents. One Israeli startup suggests that it has a solution that will ease regulatory demands. The solution offered by the company is a view from the drone’s cockpit using a dedicated flight-camera.

“The civilian drones-usage market,” explains the Israeli startup SWYFT, “is expected to reach according to experts (PwC) $127 billion by 2020. One of the problems preventing the market  from reaching its potential is the heavy regulation that is being implemented worldwide, which prohibits the operation of drones in urban areas.”

“Among other things,” the company says, “regulation in Israel and the world requires that eye-contact between the flyer and the drone is kept at all times and the maximum distance between them must not exceed 500 meters. harm to human life. One of the regulators’ concerns is that the operator does not see obstacles in the drone’s flight path such as – power poles, buildings, vehicles and more – and will cause damage or, God forbid, harm to human life.”

Simultaneously view the documented subject and the flight-path FOV

SWYFT claims to have developed a technology that will remove the regulatory limitation in the future, by providing a field of view of the flight direction to the drone operator, as if he was actually sitting in the drone’s cockpit.

Joshua Margolin, entrepreneur, founder, and co-owner of SWYFT (See Where You Fly To), explains that today the military is a customer of the development. “Today, every platoon commander has a drone and a drone flyer. Although not limited by civilian regulation, flying in residential areas and even within buildings is not possible because the flyer does not have a view of the flight path. (the flyer can only look at where the documenting camera (payload) is aimed. As a result military drones are flown only at high altitudes and not in the streets. Our development allows the operator to navigate the obstacle-infested space as if he was sitting in the drone’s cockpit and simultaneously see the flight-path and the subject being photographed,” says Margolin.

Margolin, who along with Roy Ben Anat, founded SWYFT and raised $ 1.5 million to date, explains that despite the obvious military need, the significant market is the civilian market, where the use of drones for work-missions is increasing – photography, fault detection and monitoring in construction, agriculture, networks Electricity, police, fire fighting and more.

“The regulatory barrier is the main barrier for the growth of the drone-usage market,” Margolin emphasizes. “The technologies exist, but regulators who are not concerned the technology shall fail, fear, and rightfully so, human error – the flyers’ errors. Our solutions significantly improve the flyer’s control and navigation capabilities.”

The company explains that they have a working product that is already being tested in military and civilian applications and stirs great interest in the industry. Margolin claims that Israeli development has also aroused great interest among civil aviation authorities around the world who are writing the regulatory rules, and are in contact with the Israeli Aviation Authority, the French Aviation Authority and others, who are waiting to see if the solution can help ease-up the regulation.