Potential of drone-powered solutions in agriculture

In 2016 PwC’s published its study “Clarity from Above” describing the potential future of drone-powered solutions. The study marked agriculture as the second-largest addressable industry (~25%) that can benefit from drone powered solutions (DPS). Agricultural applications for drones include soil and field analysis, crop monitoring, health assessment, irrigation, crop spraying, aerial planting, and more.

The EU “Drones in Agriculture” paper, of Jan 2018, states that “one of the keys to meeting growing food demand and improving current water usage levels lies in the introduction of new technologies to agriculture…”. Such are “Internet of Things (‘IoT), Big Data, and Artificial Intelligence.” “Drones, (however), can monitor crops much more accurately, frequently and affordably, delivering higher quality data that is updated regularly to provide insight into crop development and highlight inefficient or ineffective practices”. It further stated that despite the infancy of agricultural drone technology, “it is really only a matter of time until drone technology is mature enough to act as a replacement for existing methods, as the industry is rapidly integrating newer sensors, cameras and processing technologies, constantly improving the quality of the data captured”.

So where does the potential of drone-powered solutions in agriculture lie? 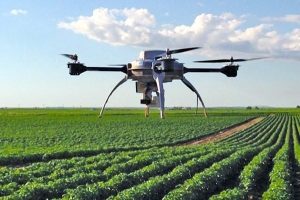 Intensive agriculture is mostly characterized by farming of huge fields. Drones, however, have one major drawback that makes them less adequate for work in huge fields. It’s mainly their limited flight time and carrying capacity. They thus require pilots to perform many returns, landings, and take-offs for refueling and reloading. Drones also have limited capability to fly in rainy and windy weather conditions.

The global understanding of the importance of family farming found its expression in the UN action-plan declared in 2017 and launched on May 29, 2019, in Rome. “The Food and Agriculture Organisation (FAO) and the International Fund for Agricultural Development (IFAD) today launched the United Nations’ Decade of Family Farming and a Global Action Plan to boost support for family farmers, particularly those in developing countries….. “Family farms represent over 90 percent of all farms globally and produce 80 percent of the world’s food in value terms.” They are key drivers of sustainable development, including ending hunger and all forms of malnutrition…….” 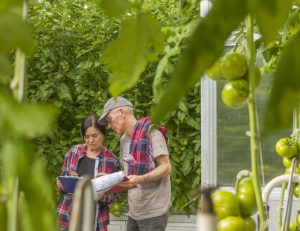 Currently, performing the above tasks in intensive agriculture involves hiring airplanes, helicopters, and satellite services. 500 million worldwide small family-farms operate at very narrow profit margins. This makes the use of airplanes, helicopters, and satellite services mostly outside their reach.  Drones, however,  are inexpensive and easy to maintain and could thus become ideal for drone-powered solutions in family farming. Using inexpensive self-operated drones could improve yields and profit margins.

However, because drones are counterintuitive to fly, they remain mostly irrelevant for family farmers.

SWYFT comes to the rescue

This is where SWYFT’s revolutionary “Fly a Drone from its Cockpit” approach changes the game. It does so by simplifying drones flying and thus making drones a tool for everyone. SWYFT’s eyeFLIGHT allows farmers to fly drones above fields and between trees in orchards with little or no training. “SWYFTstick” remote-control shall make flying a drone intuitive,  simple, and as safe as driving a car or a tractor.